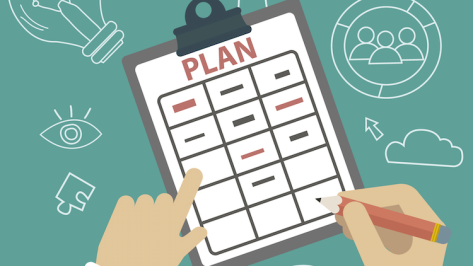 Overplanning is defined as planning excessively or in more detail than is necessary.

No Amount of Planning Can Ever Replace Just Getting Stuff Done

In an article on Medium.com, Lidich (a Serial Entrepreneur, Product Architect, and Co-Founder at Airdyme.io) recounted how, in his previous startup, he and his team spent so much time planning that they forgot the importance of execution!

Don’t Not Plan, But Don’t Overplan

In FYI: For Your Improvement (a guide for coaching and development), Lombardo and Eichinger talked about planning (Lombardo & Eichinger, 2000). When a person is skilled, he can (p. 281):

• Being overly dependent on rules, regulations, procedures, and structure
• Leaving out the human element of the work
• Being inflexible and having trouble with rapid change

In Lidich’s case, he allowed planning to trump execution. Lidich and his team excessively planned, analyzed, and overanalyzed without ever making sure that they actually had a product. They debated, analyzed, and even had mockups but, ultimately, they never managed to get a viable product to market. As he lamented, “We had mockups that never became products, and product ideas that never found a way into our product portfolio.”

Getting Sh*t Done On an Island

When I worked abroad on an island in the Pacific Ocean, I suggested to my colleagues that we should launch a crisis training workshop. Almost as soon as I uttered those words, several of them went into an analysis mindset to consider all the ways that the idea would not work.

So I decided to just do it. I reasoned that even if it failed, at least I tried something – anything, which is better than sitting around debating why something may or may not work!

It would be irresponsible to say that I did not plan at all. Of course, my partner and I planned. But I didn’t focus solely on the planning phase because I knew that the execution phase was much more important and valuable.

And while it was chaotic and disorganized, the end result was that we helped educate and train hundreds of teachers and school administrators on how to better manage crisis situations in their schools.

Ooh, The Colors Are So Pretty!

In one company, a young professional spent so much time on his project plan, even going so far as color-coding events and dates, that he failed to execute to get the job done. He had spent so much time designing and perfecting the plan that when it came time to actually deliver on that plan, he was exhausted and didn’t understand why his plan failed. Here’s the no-brainer answer: The plan didn’t fail. The execution of the plan failed.

Paul Brown (a former writer and editor at Business Week, Inc. and Financial World), writes, “In the face of the unknown, the Act Learn Build Repeat models works best.”

Brown makes a good point, which is that if we focus on planning, there’s an “assumption that you can forecast the future with a high level of certainty.” He argues that planning works “really well when things in the future are going to be similar to the immediate past.”

“Researching, planning and gathering resources doesn’t help you much when the world is changing as fast as it is these days. You can come up with a plan that is perfect—for a world that passed you by while you were spending all that time planning.” –Paul Brown

Takeaway: Failures are inevitable when you overly devote time, energy, and resources toward planning while ignoring or neglecting execution. I cannot emphasize this enough: stop excessively planning and just get things done! Too many organizations and too many leaders and workers are relying mainly on whiteboarding, project-tracking, and doing things that “look” like actual work. They forget that simply drawing a house doesn’t mean that the house gets “built.” No, that would require doing the actual work rather than just planning it out on paper. Remember, planning is good, but doing is better! I love this wisdom from Paul B. Brown: “You can come up with a plan that is perfect—for a world that passed you by while you were spending all that time planning.”

Lidich, V. (2019, March 26). Why Execution Is More Important Than Planning. Retrieved from https://medium.com/swlh/why-execution-is-more-important-than-planning-31877e278c5d