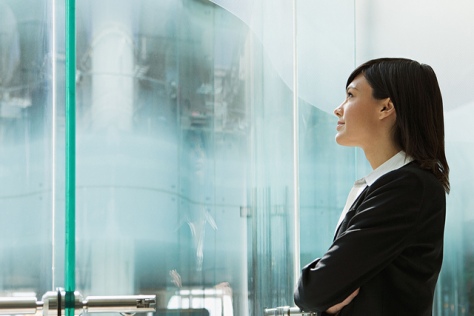 Professor Harry M. Jansen Kraemer, Jr. of Northwestern University’s Kellogg School of Management says a values-based leader aims to motivate and inspire others to pursue the greater good – “the positive change that can be effected within a team, department, division, or organization, or even on a global level” (Kraemer, 2011a, p. 3).

In a Forbes article, professor Kraemer states, “becoming the best kind of leader isn’t about emulating a role model or a historic figure. Rather, your leadership must be rooted in who you are and what matters most to you. When you truly know yourself and what you stand for, it is much easier to know what to do in any situation. It always comes down to doing the right thing and doing the best you can” (Kraemer, 2011b).

Our values are “internalized attitudes about what’s right and wrong, ethical and unethical, moral and immoral” (Yukl, 2010, 191). Some examples of values in a leader include fairness, honesty, equality, humanitarianism, loyalty, progress, pragmatism, excellence, and cooperation.

In his book From Values to Action, Kraemer describes four principles of values-based leadership:

Martin Luther King, Jr. was not only a transformational leader, he was also a values-based leader. Dr. King taught his followers to rise above the daily mistreatments, discriminations, and hardships that people faced and to work toward a greater good. He was an example of equality, humanitarianism, progress, pragmatism, excellence, and cooperation. Dr. King personified the qualities of a transformational leader: (1) He inspired others by his ability to frame his messages in meaningful ways, (2) He connected his vision of equality and justice with his followers’ personal struggles, (3) He showed people that he cared about them and that he valued them, and (4) He emphasized high moral and ethical values while displaying personal commitment and self-sacrifice (McGuire & Hutchings, 2007). Above all, through his firmly grounded values-based leadership — of using nonviolent demonstrations to protest racial inequality — he became the symbol for the Civil Rights Movement in the United States.

As a result of the general public’s growing distrust of business leaders and what it perceives as a lack of values and principles in the business world (revealed through corporate scandals and corruptions), there has been an interest in revamping how business leaders are educated. In a June 2009 article in the Harvard Business Review, Podolny (2009b) asserts that business schools need to reinvent themselves to regain the trust of the public. He argues that the way to do this is by teaching and emphasizing values in business schools. He contends that a focus on values-based leadership and ethics has not been central in the education of MBAs and that even when business schools teach leadership, they tend to emphasize that CEOs should focus on the big picture and not “sweat the details (because that’s their subordinates’ job)” (p. 64).

“Business schools teach leadership as a soft, big picture–oriented course, distinct from the details on which hard, quantitative courses focus. Leadership, they imply, is about setting the vision and framing an agenda, but it isn’t about focusing on details. Because of this distinction, students are convinced that nitty-gritty work can be done without consciously considering factors such as values and ethics.” – Joel M. Podolny (2009a)

“In order to reduce people’s distrust, business schools need to show that they value what society values. They need to teach that principles, ethics, and attention to detail are essential components of leadership, and they need to place a greater emphasis on leadership’s responsibilities – not just its rewards.” – Joel M. Podolny (2009b)

“Today there is widespread lack of confidence in leadership, in business, government, education and elsewhere. Every leader needs to regain and maintain trust. Values-based leadership may not be a cure for everything that ails us, but it’s definitely a good place to start.” -Harry M. Jansen Kraemer, Jr.