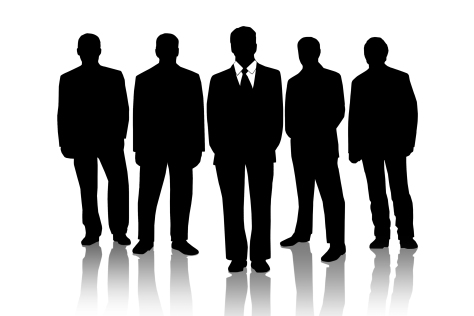 We hear a great deal about leadership and the qualities of being a leader. One thing I have personally noticed and practiced is something called command presence. It’s the ability to “own the room” or command the attention of others. The beauty is that it doesn’t matter if you’re tall or short, or big or small. Size is not as important as the ability to command a room — to show confidence and authority.

For training and development, in terms of having a physical leadership presence, there’s a book called Own the Room (Booth, Shames, & Desberg, 2010). Although much of it is about business presentations, it also touches on what the authors call command presence (having an air of authority and physical movement; displaying confidence and authority). They also describe something they call “physical grammar” (akin to using commas, periods, and pauses when speaking). The idea is that you attract attention as you move, and when done purposefully, it can be very effective.

Another thing regarding physical movement (particularly when presenting to an audience) is that it enlarges a speaker’s presence because it allows him/her to control the space rather than being confined by it (like being behind a podium). I have seen very capable professionals fail to “own the room” because they did not understand the importance of having a command presence.

I have personally experienced the dramatic difference between owning and not owning the room when presenting. When I’m free to move about a room or space, I not only develop my own command presence but I’m also more effective in engaging the audience due to my physical movement (the physical grammar I mentioned earlier). However, when I’m confined to a very tight space/room and my physical movements are limited or restricted, I notice that I often fail to capture the audience’s attention.

For leaders and CEOs who are small in stature, developing a leadership presence is crucial. This excerpt from a 2007 USA Today article illustrates how having a command presence helped one short CEO remain in control:

“He spoke loudly and in quite colorful language. I couldn’t get a word in between his four-letter words. Imagine his surprise when this small blonde marched up, stared him down, commanded his attention, spoke clearly and loudly and ended with a smile. He was sold and charmed,” Eichten said.