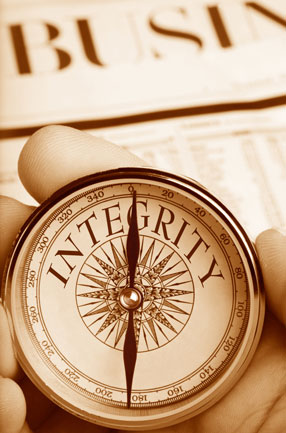 “Having an organizational culture that emphasizes ethical behavior can cut down on misbehavior of organizations. Research shows that whether an organization develops a culture that emphasizes doing the right thing even when it is costly comes down to whether leaders, starting with the CEO, consider the ethical consequences of their actions. Leaders with a moral compass set the tone when it comes to ethical dilemmas” (Truxillo, Bauer, & Erdogan, 2016, p. 385).

Robbins and Judge (2009) offer a nice list of what management can do to create a more ethical organizational culture. They suggest a combination of the following practices:

A good case study of an unethical organizational culture is the now defunct Enron. Sims and Brinkmann (2003) described Enron’s ethics as “the ultimate contradiction between words and deeds, between a deceiving glossy facade and a rotten structure behind” (p. 243). Enron executives created an organizational culture that valued profits (the bottom line) over ethical behavior and doing what’s right.

“A business perceived to lack integrity or to operate in an unethical, immoral, or irresponsible manner soon loses the support of customers, suppliers and the community at large*” (Tozer, 2012, p. 476).

*In addition to losing customers, suppliers and the community, I would also include losing the support of employees and managers.