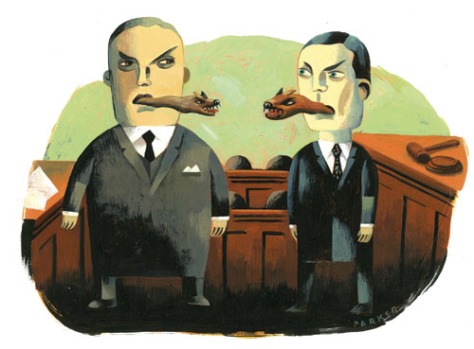 Research on workplace incivility (for example, emotional abuse or rudeness in the workplace) revealed that if someone is rude to you at work or if you witness rudeness you are more likely to make mistakes.

In The No Asshole Rule, Bob Sutton shared that nurses reported being demeaned at an alarmingly high rate. “A 1997 study of 130 U.S. nurses…found that 90% reported being victims of verbal abuse by physicians during the past year” (p. 21). A 2003 study of 461 nurses revealed that in the past month 91% had experienced verbal abuse, often from physicians (Sutton, 2007).

In a previous post entitled Workplace Incivility Hurts Employees & Businesses, I shared Pearson and Porath (2009) findings that 1 in 5 people in their study claimed to be targets of incivility from a coworker at least once a week. About 2/3 said they witnessed incivility happening among other employees at least once a month. 10% said they saw incivility among their coworkers every day. Workplace incivility (e.g., rudeness) can have a negative effect on the efficiency and productivity of the organization (Pearson, Andersson, & Wegner, 2001).

“[W]hen people feel mistreated and dissatisfied with their jobs, they are unwilling to do extra work to help their organizations, to expend ‘discretionary effort.’” (Sutton, 2007, pp. 40-41).

“A hostile environment erodes cooperation and a sense of commitment to high-quality care…and that increases the risk of medical errors.” -Dr. Peter B. Angood, chief patient safety officer at the Joint Commission on Accreditation of Healthcare Organizations (JCAHO).

Porath and Erez (2007) discovered that being the victim of rudeness can impair your cognitive skills. Tarkan (2008), writing in The New York Times, said that rude, bad behaviors on the part of physicians lead to “medical mistakes, preventable complications and even death.” Tarkan added that a “survey by the Institute for Safe Medication Practices, a nonprofit organization, found that 40 percent of hospital staff members reported having been so intimidated by a doctor that they did not share their concerns about orders for medication that appeared to be incorrect. As a result, 7 percent said they contributed to a medication error.”

Pearson and Porath (2009) say that a negative by-product of a toxic, uncivil work environment is that employees no longer feel psychologically safe, and as a result are less likely to seek or accept feedback. “They will quit asking for help, talking about errors, and informing one another about potential or actual problems” (pp. 81-82).

In the tragic case of Air Florida Flight 90, analysis of the black-box recordings revealed that the copilot tried several times to warn the captain of possible dangers. Unfortunately, the warnings of the copilot were dismissed as unimportant by the captain. Seventy-two out of seventy-seven people onboard, along with the copilot and pilot, died (Pearson & Porath, 2009).

Pearson, C. & Porath, C. (2009). The cost of bad behavior: How incivility is damaging your business and what to do about it. New York, NY: Portfolio.

Sutton, R.I. (2007). The no asshole rule: Building a civilized workplace and surviving one that isn’t. New York: Business Plus.