Unlike consumers in the U.S. and Europe, consumers in Japan are particularly selective and prefer to pay for premium goods and services. This was evident when I visited my wife’s family in Tokyo on several occasions. 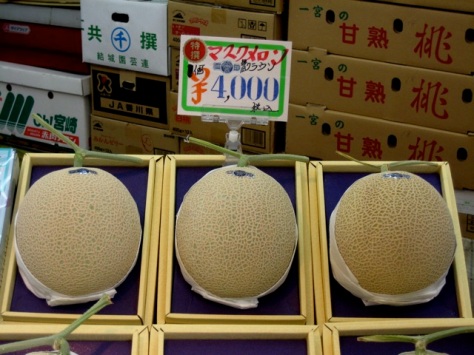 Touring the local supermarkets and outdoor fruit stands, I came across the most amazing displays of fruits I had ever seen. But, these highly prized fruits did indeed cost a premium. For instance, I saw cantaloupes (in photo above) for ¥4,000 (Japanese yen) or $44.20 (USD; exchange rate on 3/21/2010) each in Tokyo, Japan compared to $1.50 each at the local supermarket here in Dallas, TX. While I don’t claim to understand why fruits cost so much in Tokyo, I do know this much — those cantaloupes (noticed how each was individually wrapped and showcased in its own box) were the best-looking, highest-quality cantaloupes I have ever seen!

That photo of the cantaloupes was taken in July of 2007 and I would venture to guess that fruit prices haven’t changed too much since then.

Though fruits, like those gorgeous cantaloupes, may still command premium prices and Japanese consumers willing to pay for them, it appears that in other areas, consumers in Japan—who had previously ignored discount and online stores—are now flocking to them (Salsberg, 2010).

A change in consumer attitudes and behavior has arrived and, it seems, is here to stay. This change “stems not just from the recent downturn but also from deep-seated factors ranging from the digital revolution to the emergence of a less materialistic younger generation” (Salsberg, 2010, para. 2). 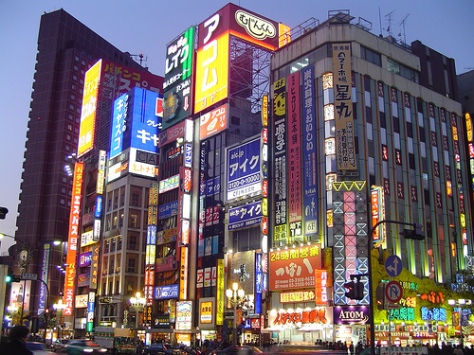 Salsberg (2010) stated that three factors helped led to this new consumer trend. First (like elsewhere in the world), the economic downturn. The Japanese economy has been weak for almost two decades. A recent J. Walter Thompson AnxietyIndex suggested that “90 percent of Japanese consumers feel anxious or nervous, the highest rate of any country in the world” (Salsberg, 2010, para. 14). 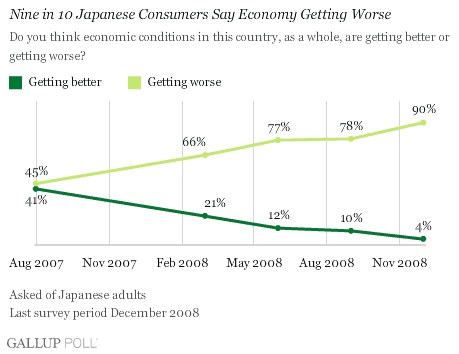 A second factor is that a new generation of Japanese (those in their 20’s) has emerged with very different attitudes. Nicknamed hodo-hodo zoku, or “so-so folks”, many avoid corporate life and material possession. “As the CEO of a leading sports-apparel company in Japan recently said, ‘For the first time, we have a generation of consumers that aren’t at all persuaded by what the professional athletes are wearing. We need a fundamental rethink of how to approach this next generation’” (Salsberg, 2010, para. 16).

The third and final factor contributing to this new trend in consumer behavior is government regulatory actions. For example, the Japanese government reduced freeway toll on weekends which provided more incentives to travel to discount stores outside Tokyo (Salsberg, 2010). On the health prevention front, “regulations [has permitted] the wide sale of over-the-counter drugs…[and]…the Japanese government has also pushed to increase awareness of and access to health remedies, in part to address the challenge of paying to treat these conditions [such as diabetes and high blood pressure]” (Salsberg, 2010, para. 18).

Consumer behavior looks at the processes involved when individuals or groups choose, buy, use, or dispose of products, services, ideas or experiences to satisfy needs and desires (Solomon, 2004). Consumer behavior includes characteristics such as social class and income.

Naturally, the economic situation affecting shoppers in the U.S., Europe, and now Japan play a critical role in altering consumer behavior. When the economy combines with other contributing factors, as in the case of the Japanese consumers, consumer behavior responds accordingly.